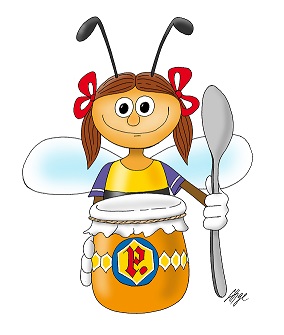 Ing. Daniel Prokes - It all started with Daniels love of nature and especially the bees.  During his childhood in a small town in Moravia, his father showed him how to tend to bees, as he was a beekeeper himself.  Daniel fell in love with honey, the bees and nature in general and decided to study the subject.  When he completed his degree, he went to work for a Czech Research Institude, studying the behavior of bees and honey production.  During his summer holidays, he worked on bee farms in Switzerland and Austria.
After several years at the institute, he decided to purchase a farm in the south-western part of Bohemia and set up his first hundred bee hives.  His business has grown over the years and now he produces honey not only on his own farm but also purchases honey from his collegues that produce honey in the same, natural way that he does.  He also breeds queen bees, selling them to beekeepers all over.  Daniel speaks Czech. He sticks to honey and lets Blanka do the marketing.

Blanka M. Lukes - Blanka has lived in several places of the world, having spent most of her years in California.  Her primary business is tourism but she helps Daniel with his business in the position of a marketing manager.  Other than Czech, Blanka speaks English and German.  Therefore she is the international spokesperson for Czech Honey Prokes. 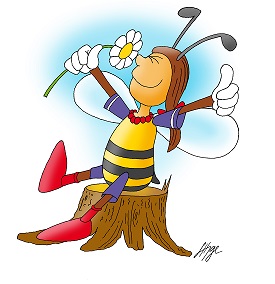